I always love to give Truth vegan belts interesting names. Here’s the story behind the Photon belt.

As a vegan belier, I have always been fascinated with the sky, stars, wondering how life works. I’ve often asked myself “why am I here”.

When typing in “Photon Belt” into Google, I was fascinated by the images that came up. They show our solar system in space and explain that our solar system orbits around a sun called Alcyone, a star in the Pleiades.

There are all kinds of cycles going on. We are aware of the obvious cycles below.

Moon cycles earth. (one per month)

Earth cycles the sun (once per year)

A cycle that you may not know of is the cycle of our solar system.

Our solar system cycles a gigantic star called Alcyone (once every 26,556 years). People ususally just round it down to 26,000 years. It’s much larger than our sun. 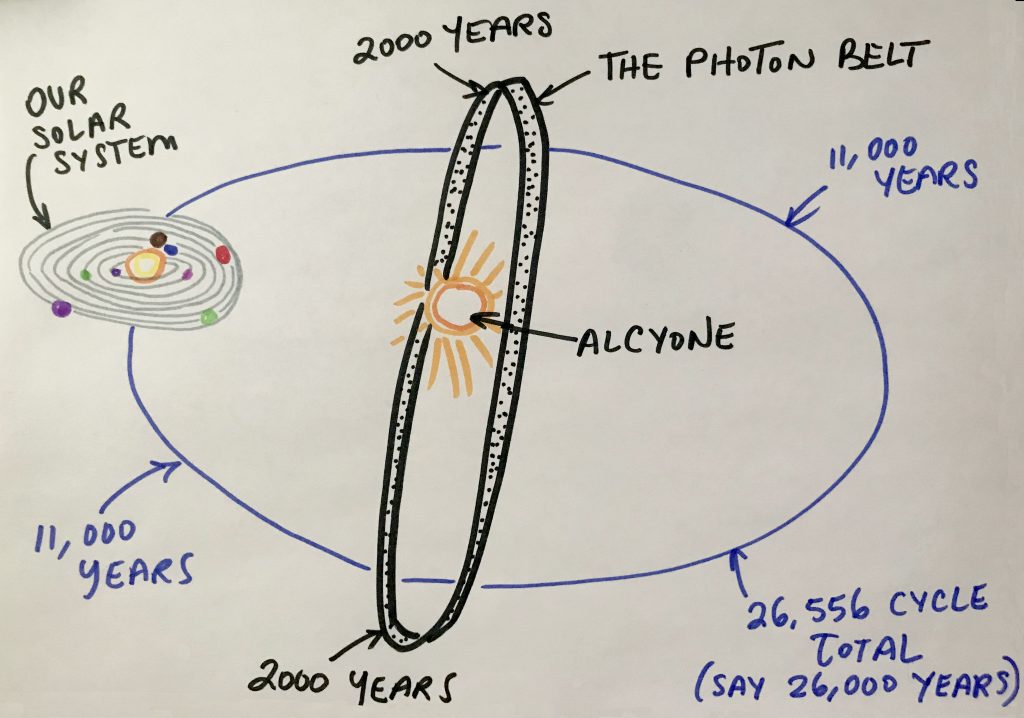 According to the Vedic and Mayan cultures – 2012 was the end of Kali Yuga – a time where we come out of a cycle of darkness. We then slowly transition into the Age of Enlightenment, or the cycle of light.

Apparently, our solar system just entered into the Photon Belt as part of this 26,000-year cycle. We’ll be here for 2000 years. We just left one part of that 26,000-year cycle which last 11,000 years. Don’t think for a second that this is a night and day kind of deal. The transition (from what I understand) takes a long time.

Does this mean things will be weird here on Earth for the next… year? 2 Years? 4 years? 10- Years? 1900 Years?… before we are fully in the Age of Enlightenment? I have no idea. But I will say this… I sure can’t wait to be in the new age of enlightenment and done with the dark ages! I honestly believe that one day in the distant future humanity will look back at these times as the barbaric times.

This Photon belt is in the Pleiades star system. It is said that during our 2000-year time in this belt there will be lots of change. We will be hit will all kinds of different light particles and electromagnetic frequencies that will help humans evolve to higher levels of consciousness.

Whoa! What does that even mean?

The official description from Wikipedia is:

“The Schumann resonances (SR) are a set of spectrum peaks in the extremely low frequency (ELF) portion of the Earth’s electromagnetic field spectrum.

Schumann resonances are global electromagnetic resonances generated and excited by lightning discharges in cavites formed by the Earth’s surface and the ionosphere.”

At this time Gaia, our solar system and galaxy are in great movement.

From what I understand Earth entered into the Photon belt in the 1960s. Here is an interesting article about it. It’s an electro magnetic field that affects us here on earth, in the same way that the moon affects tides and humans.

Could this nature cycle be what all those religious heads have been referring to for years when they talk about the second coming, or the switch from the dark ages to light ages, or from Kali Yuga to Satra Yuga? Could it be that this natural occurring revolving cycle is why things are so crazy on earth right now?

Isn’t it fascinating to notice that we have seen so many scandals come to light in the past 50 years… from lying politicians, corrupt corporations, false media, human trafficking rings being exposed right in front of us.

Light also brings in information. It’s equally interesting to notice that many people seem to be waking up and wanting to eat in a more healthy way, exercising more, wanting to forgive more, wanting to help more etc. Many, I have noticed, are having a desire to reflect on their own inner patterns so they can change them in order to create a new life for themselves.

I like to image this unique time in our human history as if we are going through a car wash. It’s a cleaning phase.

Investigating the Photon belt makes me ponder these things. I named oe of my vegan belts The Photon belt. It’s a vegan, virtually indestructible dress belt that will not crack at the holes over time. On the back you will find the word “Photon” embossed on the back.

Investigating the Photon belt makes me ponder these things. The Photon Belt from Truth Belts is a vegan, virtually indestructible dress belt that will not crack at the holes over time. It has a semi-gloss finish and the buckle is nickel-free. On the back you will find the word “Photon” embossed on it. This belt is the prefect dressy belt that can be worn with dress pants or a suit. 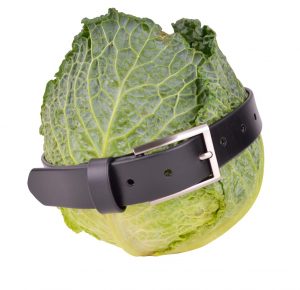 Thanks for reading! What will you do as we enter the Photon belt?

Greetings! I am the creator of Truth Belts and this is my blog. I have been a product designer since 1995 and started making vegan belts in 2001. I am here to help spread compassion to animals. Fashion does not have to be cruel to be cool. Compassion is king!